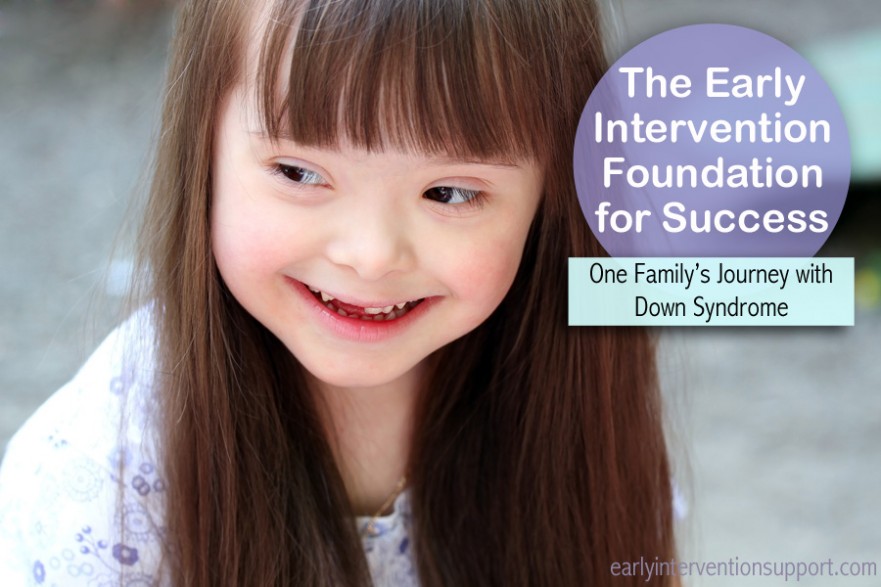 The birth of our beautiful daughter, Chloe, in 2003 placed our family on an incredible journey that has allowed us to become strong voices for children and families. We had no prenatal testing during my wife’s pregnancy, and we were informed shortly after Chloe’s entrance into this world that she had characteristics of Down syndrome. Genetic tests confirmed Chloe’s diagnosis, and the initial responses were negative, focusing on Chloe’s limitations. Our family was shortly connected to the world of Early Intervention, and the focus was on what Chloe could and would do. We soon would learn and see how investing in children early always produces a positive return for all member of the community, and the results truly were amazing!

If Chloe had been born a few decades earlier, she would have been labeled uneducable and more than likely sent to an institution for a shortened life of exclusion. Thankfully things have dramatically changed, and four weeks after Chloe’s birth we had an awesome group of Early Intervention professionals come to our home to maximize Chloe’s skills, ABILITIES and development while ensuring our family was engaged and supported. Early Intervention provides the strong foundation during the critical birth – 5 year old period when 85%+ of brain development occurs. As a person who enjoys building and wiring projects, it was very clear to me how important this foundation is. A house may have the most expensive and beautiful interior, but if it is not built on a strong foundation it will collapse when the first storm occurs. Wiring to a building is very easy before the walls are closed in and sealed, and it is much easier to reinforce and guide brain wiring during the period of Early Intervention than to go back into a person’s mind later in life and try to repair unfixed damage.

When Chloe finished birth – age 3 Early Intervention, she was completely prepared to start preschool at her neighborhood program, and Chloe was reading at age 3. Thanks to a solid foundation Chloe began Kindergarten at her neighborhood school at age 5, and the return on investment was immediately clear. Chloe currently attends 6th grade at her neighborhood middle school, reads at a 6th grade level, and she attends classes with her typical peers – priceless!

The impact Early Intervention had on Chloe after her birth motivated and empowered our family to become loud voices for Early Intervention, and we have made it our mission to make sure policymakers see how critical the investment is in these support and services.  Chloe has met with and taught many elected officials that “the smallest voice can make the largest impact”, and we have seen firsthand the incredible impact the family voice can make when advocating for Early Intervention. Our state of Pennsylvania has received great bi-partisan support and funding for Early Intervention in recent budgets, and Chloe even had a law named after her in 2014 that will ensure Early Intervention resources are delivered to families who receive a prenatal Down syndrome diagnosis. There is nothing more powerful than personal family stories and the visual of our kids and our hope is that one day all policymakers will make it a top priority to invest early in our most precious, irreplaceable resource – children! As a family of advocates, we embrace a quote from Dr. Martin Luther King Jr., “Our lives begin to end the day we become silent about things that matter.”