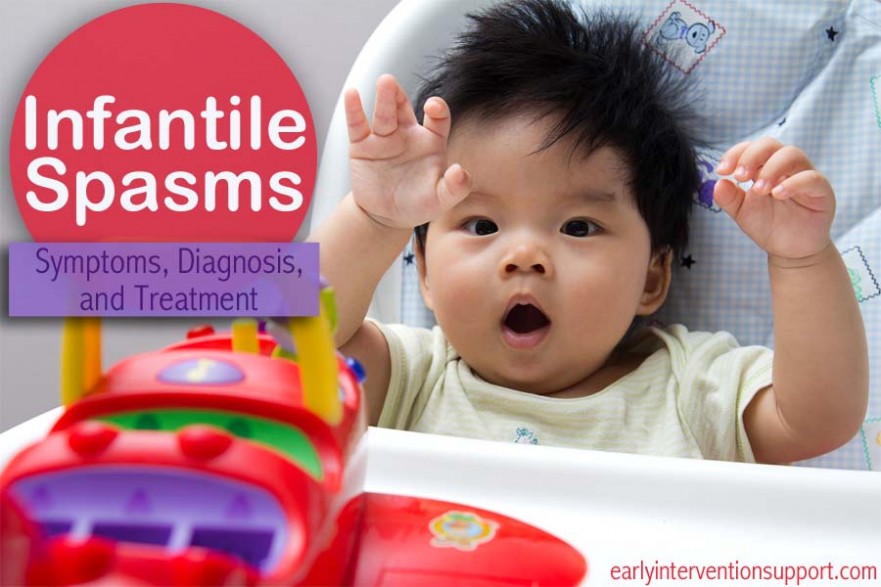 “My baby startles often in his sleep”

“My daughter seems to have a lot of jerky movements with her arms and legs, is this normal?”

“My son was just diagnosed with colic, but do you think something else could be wrong?”

If you have ever heard a parent utter a statement or ask a question similar to the ones above, please read on. All the above can be signs of Infantile Spasms (IS), one of the most catastrophic childhood seizure disorders than can be overlooked or misdiagnosed as colic leading to severe cognitive impairment and/or developmental delay.

Infantile Spasms usually start between the ages of 4 to 8 months and occur in clusters, where often a baby is flexing his arms, legs, trunk or neck. Colic, on the other hand, does not typically occur in clusters and colic is often associated with feeding, where Infantile Spasms are not. Sometimes they are mistaken by parents as a “startle reflex.”

Children with IS show a distinct chaotic pattern (called hypsarrythmia) on an EEG (electroencephalogram), which does not occur with other types of seizure disorders. Doctors and researchers are not sure what triggers IS, but in about 70% of cases IS can be linked to central nervous system infection, abnormal brain development or genetic abnormalities. In 30% of cases the cause is unknown.

It is extremely important to recognize the signs of IS right away so a baby can begin treatment. IS can lead to developmental and cognitive delays and cause children to lose previously learned skills such as babbling, rolling or sitting independently. It has been shown that immediate treatment leads to a better developmental outcome.

The goal of treatment for IS is to eliminate the spasms as soon as possible. A child should be seen by his pediatrician and referred to a pediatric neurologist. There are several medications used to treat IS, often steroid therapy with ACTH and anti-seizure meds such as Vigabatrin are used and these two drugs have seemed to be the most effective. A dietary treatment option is the Ketogenic diet, which is high fat, low protein & low carb.

When medical & dietary treatments are unsuccessful there is an option of surgical treatment with what is called a cortical resection (which removes the abnormal part of the brain).

To get a clear picture on how IS differs from a startle reflex or colic, watch a YouTube video on “Infantile Spasms.”

Tamara GuoInfantile Spasms | What to Know as a Parent, Therapist & Caregiver05.27.2014