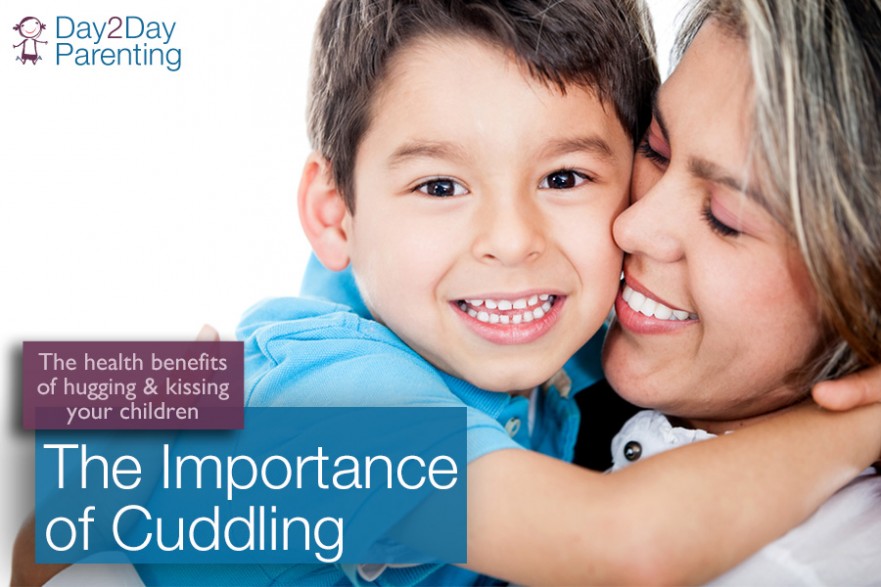 Most parents love snuggling with their babies but they feel like at a certain age kids may be too old for “cuddle time”. This is not the case! Hugging is SO beneficial for not just kids, but humans in general. Several research studies seem to confirm that cuddling your children is not only pleasurable for both of you, but can result in happier, healthier, more curious kids with bigger brains!

A study cited in a NY Times article states that McGill University neurologist, Michael Meaney, discovered that his rats who licked and groomed their babies frequently, produced rats who figured out mazes more quickly than the rats whose mothers were less attentive. In addition, those rats were more curious and social and even lived longer than the other rats. Meaney feels like this animal behavior carries over well to humans who also nurture their children with attentiveness and snuggling.

In other words, cuddling with your infants and young children is highly beneficial for their health and brain development.

What are the top benefits of cuddling?