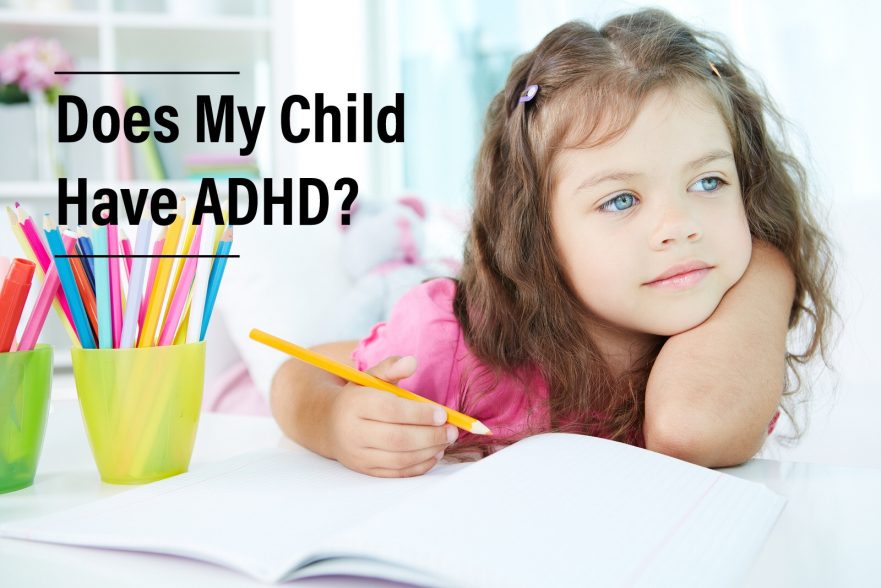 Do you think he has ADHD? As an early intervention therapist this is a question I get asked by parents with children as young as 16 months of age. It is important to know that ADHD should never be diagnosed in children younger than age 4, and between ages 5-18 is when most children will receive an ADHD diagnosis providing symptoms began before age 12.

Children younger than 4 may exhibit symptoms of ADHD that are considered developmentally consistent with their age level. Toddlers and preschoolers have trouble paying attention for long periods of time, have trouble sitting still, may continually interrupt adults, don’t listen very well, fidget often and have trouble finishing tasks to completion. In infants, toddlers and preschoolers these are developmentally acceptable behaviors as the children learn and grow. However, in older school aged children these can all be signs of ADHD.

So, as parents, when should we start to worry? Children with true ADHD will shows signs of inattention, impulsivity and/or hyperactivity across all situations beginning in later preschool or perhaps kindergarten or elementary school. Symptoms must begin by age 12, as older children’s symptoms could be the sign of another disorder such as depression, anxiety, seizures, or the result of a life changing event such as a death or divorce.

If your child is doing well in school and is described as “an angel” in the classroom by her teacher, yet at home exhibits some of these behaviors, it may be that she does not have ADHD, she simply needs more guidance, structure and discipline at home to listen and follow through with tasks. All children do best with consistent daily schedules that include regular daily routines, rules and clear expectations and consequences for behavior.

There is no one clear cut test to diagnose ADHD. If you suspect your child may be exhibiting some of the signs of ADHD and it is affecting his classroom performance and disrupting your family routines you should first speak to your pediatrician. It will help if you start to gather some data to report to your doctor regarding what specific behaviors you are seeing, when and where they occur, how often they occur and when you first started to notice them.

According to WEB MD, “Doctors diagnose ADHD in children after a child has shown six or more specific symptoms of inattention or hyperactivity on a regular basis for more than 6 months in at least two settings. The doctor will consider how a child’s behavior compares with that of other children the same age. A doctor will give your child a physical exam, take a medical history, and may even give him a noninvasive brain scan.”

In the past parents used to look to medications as a “quick fix” for ADHD. Research has shown that medication alone will not necessarily improve the outcomes for your child with ADHD. A combined treatment approach of medication and behavioral therapy has been credited with being more successful over time. Some children will benefit from specialized instruction and an Individualized Education Plan (IEP) through their school district as well and this can be discussed directly with your child’s teacher.