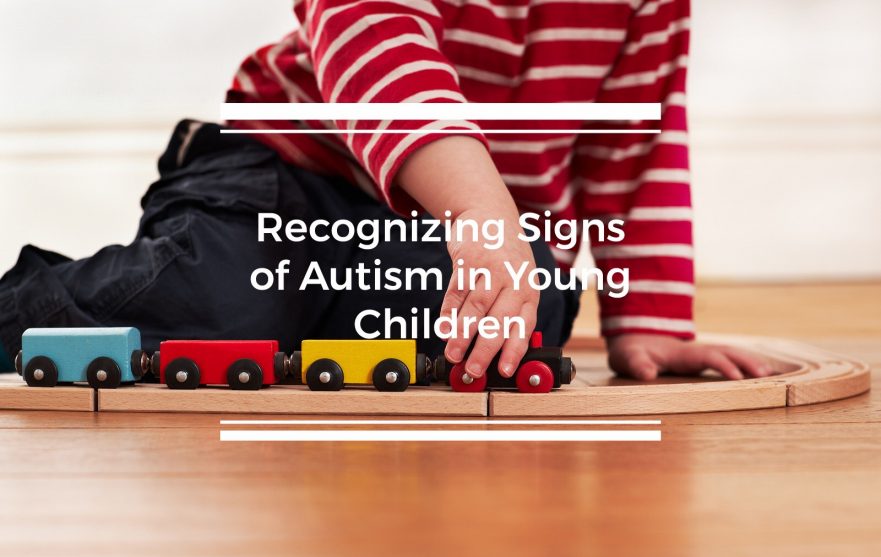 As parents we worry, sometimes unnecessarily about our children. We ask ourselves questions such as, “Is he developing on target?” or “Is his speech delay a sign of other problems?” That’s why it is important for us to speak honestly to our child’s pediatrician, day care providers and family members regarding any concerns we may have about our child’s development. No one wants their child to fall behind, or to receive a diagnosis such as autism. However, for children with autism, the earlier signs are recognized and the earlier a family seeks treatment, the more successful their child will be. Thankfully today there are many resources such as Early Intervention available starting as early as birth that can assist our children.

Autism is a diagnosis that has gotten more media attention than other diagnoses in the past 10 or more years. That is because about 1 of every 59 children will be diagnosed with Autism Spectrum Disorder (ASD) according to the CDC’s Autism and Developmental Disabilities Monitoring Network in April 2018. ASD occurs across all racial, socioeconomic and ethnic groups. ASD is also 4 times as likely to be diagnosed in boys versus girls. Practitioners are advocating for earlier diagnosis in young children since a reliable diagnosis can be made by age two, although most children are not being diagnosed until age 4.

What Exactly is Autism?

AutismSpeaks.org states that autism’s core symptoms are social and communication challenges and restricted, repetitive behaviors which begin in early childhood, persist and interfere with daily living. Signs of autism can be seen in infancy by around 18 months of age, and these signs become more apparent as a child reaches the age of two or older.

What Signs Should I Look For In My Child?

If you see any signs of autism in your young child first consult your pediatrician. Autism is a diagnosis that must be made by a trained medical professional. Not all children with certain symptoms in the list above will be diagnosed with autism. The American Academy of Pediatrics has recommended children be screened for autism at 9, 18 and 30 months of age. If your pediatrician does not complete a screening, request one. Call Early Intervention and request a developmental evaluation. Early Intervention Services are available for children 0-5. Your child does not need to have a diagnosis of autism to receive services. But if your child was diagnosed with autism your child is automatically eligible to receive services. Early Intervention Services are available nationwide and are free of charge in many areas (some states use a sliding scale).

Early identification of autism is important and has a huge impact on the success of your child. Children who do not begin treatment early and often are at risk for symptoms of autism increasing and becoming worse over time. The Autism Society estimates costs of caring for someone with autism at 1.4-2.4 million, but says this cost can be reduced by 2/3 if early diagnosis is made and early intervention is begun.

USA Today reported in April 2018 that the incidence of autism has increased 150% since the year 2000 and experts still are not certain why. They also reported that although many parents admit to seeing concerns in their child’s development before their child’s 3rd birthday that many do not seek an evaluation until much later.

If you have concerns about your child ages 16-30 months, please take a moment to take the free M-CHAT screening tool online: https://m-chat.org/  and discuss your results with your child’s pediatrician. The  Modified Checklist for Autism in Toddlers (M-CHAT) is a validated developmental screening tool for toddlers between 16 and 30 months of age. It is designed to identify children who may benefit from a more thorough developmental and autism evaluation.

Day2DayParentingWhat Are the Warning Signs of Autism, and Why Should ALL Parents Be Aware of Them?10.24.2018