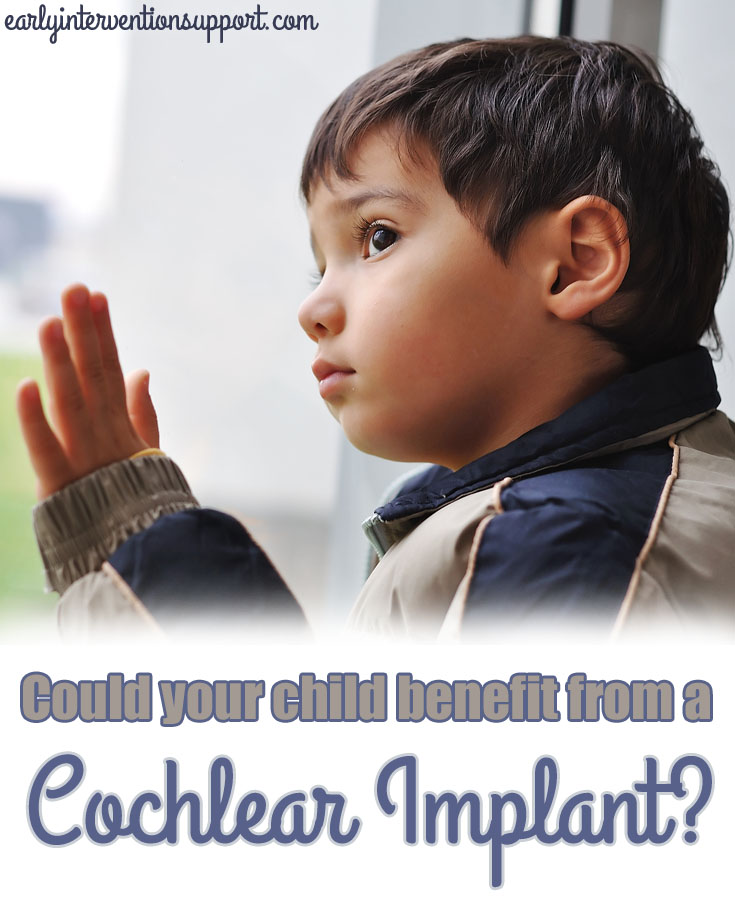 What is a cochlear implant and who does it benefit?

A cochlear implant is a surgically implanted small electronic device consisting of internal and external parts to help provide the sense of sound to those with sensorineural hearing loss.

The FDA has approved cochlear implants for any child over 12 months of age with significant hearing loss impacting the ability to recognize speech with or without hearing aids.

Research shows that the earlier the implantation of the cochlear implant, the better the results. This is especially true with those who had no prior hearing.  Speech and language skills develop better in those who have had early exposure to spoken language.

How do cochlear implants work?

An implant has four basic mechanisms:

What is involved after implantation?

Aural rehabilitation is very extensive post-surgery and includes speech therapists, parents, doctors, teachers, counselors, and audiologists.  The child is taught how to interpret the sounds they are hearing.  Even though the cochlear implant provides sound to the child, extensive therapy is needed to provide meaning to the language.  One way to describe this is if an adult were in a foreign country and didn’t know the language of that country.  They could hear everyone talking, but wouldn’t know the meaning of what they were saying.  This is even harder for a child with a recent implant as they cannot initially distinguish between sounds in the environment or spoken language as they had no prior hearing.  Aural rehabilitation helps the child to improve both listening and speech production skills.  The children with the most success have a great family support system of people who are willing to be actively involved with the rehabilitation process.