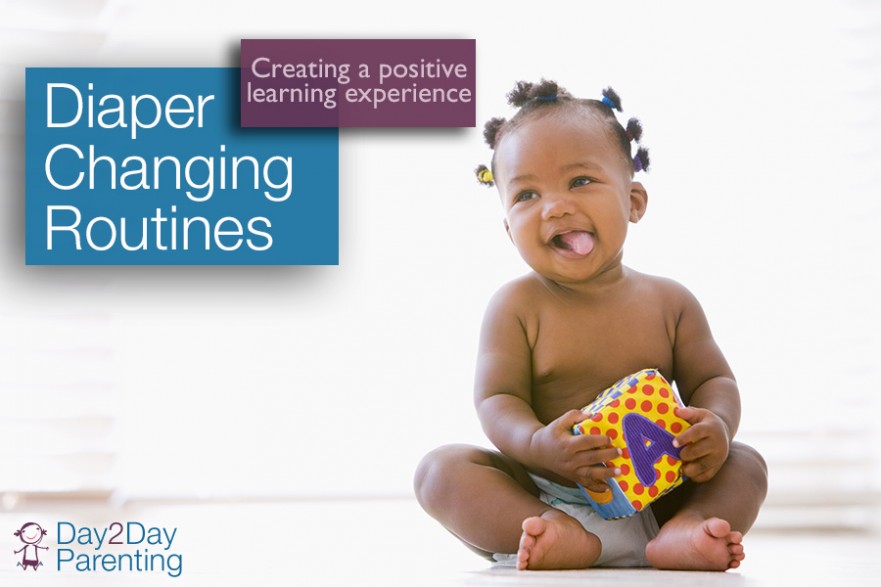 As a parent you probably never thought of diaper changing as being fun or educational, right? But, did you know that you and your baby can work on a lot of developmental skills during one single diaper change and actually make it a positive learning experience? Infants are typically less of a challenge when it comes to changing diapers, but once children are mobile and learn to roll, crawl, walk, and eventually run away at diaper changing time – watch out! Here are some tips on making the daily diaper changing routine more enjoyable and successful for both you and your child: