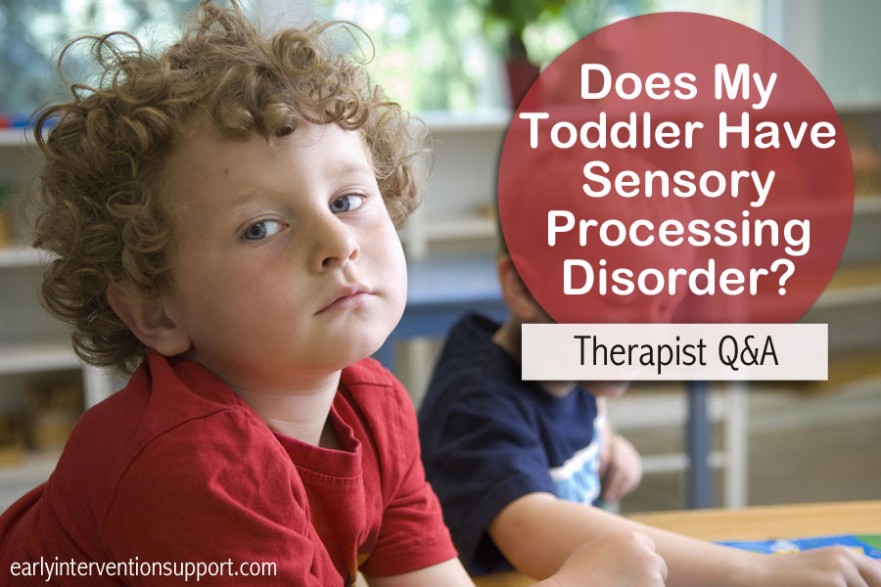 My son is 3 years and 3 months old. He is funny and very outgoing, but he has always been aggressive in his play, when expressing frustration, and sometimes when expressing love. Like many toddlers, he hits or kicks when frustrated. He started school (two days/week for two hours) when he was two. The transition was difficult; he would cry and then hit other kids. His teachers reported that he seemed to get aggressive when other children would get too close to him. They put a plan in place where my son could have his own spot to sit in when activities were less structured and before we knew it, he was doing great and didn’t need a special spot anymore. He was even starting to like school and was positive when talking to us about it. We, too, noticed a happier, less aggressive child at home (though still too rough with his 1 year old sister) and attributed a great deal of this success to his growing language skills as well as the support his teachers provided him.

Recently, his tempter tantrums have significantly increased and have become very dramatic (screaming, yelling, crying, hitting, kicking). He has a cousin whom he goes to school with and spends time with outside of school, often. They are close friends and bicker but also love being together. This past Sunday, while role playing dinosaurs, my son bit his cousin and broke skin. We immediately removed my son from the situation (playing outside with family) and took him home. He didn’t seem too bothered about having to leave the party but did express some remorse for hurting his cousin. I thought maybe he got carried away role playing, but then he bit his cousin again two days later at school. This time he didn’t break skin and the teacher didn’t see what led up to the incident. When I asked my son about it, he explained that he was upset because he wanted a toy that his cousin had (I don’t know if he had it first or was trying to take it from his cousin etc.-not sure it matters). Furthermore, I have noticed that he has sampled trying to bite me this past week as well, and he seems to be putting a lot of things in his mouth (his shirt, toys, chalk, his fingers, his arm, etc.) He has all his teeth already. I offered him a vibrating teething ring and he spent 15 minutes chewing on it and telling me he “loved this thing.”

Also, my son used to handle large gatherings (family parties, kids groups, etc.) really poorly. He would run around as if he were out of control and have this look in his eyes as though he was no longer really capable of focusing on anything. This has greatly improved since his language skills have improved, however; he does still get excessively silly or wound up and as he gets older and his tantrums more severe, it is more challenging to help him regain focus and “slow down his engine.”  That said, he really struggled with a new music group I took him to this week. He refused to participate and instead wanted to chew on his baby sister’s sippy cup off to the side. He did tell me, “I want to go home.” At that point, we left. We also started a gymnastics class today and he did great but would not stay in the class unless I was there with him. He also needed a lot of reassurance and praise from me during the class today. It is important to note that I just got off for summer break (this is my first full week home) and he was also sad struggling to separate when I dropped him off for school this week (his grandpa typically does this).

So, this is my long-winded way of asking if these behaviors are or can be typical of a child his age? I have long suspected that he struggles with getting overly stimulated, but I also see him as being passionate and outgoing. I’m not looking to squash any of his wonderful personality, but I do want to better understand if he has sensory needs, etc. that are not being met.

I think your own motherly intuition may be correct. Many things you have mentioned could be sensory in nature and related to sensory processing disorder. There are many bright, friendly, outgoing children (and adults) who struggle with sensory issues. I would suggest seeking an evaluation from a pediatric occupational therapist trained in sensory processing. Biting after age 3, while not as common as in 1-2 year olds, can still occur if a child is mad, frustrated or feels powerless. But, since the biting and chewing seem to be newer behaviors, he may have a sensory craving for this type of oral sensory stimulation. Also, being overwhelmed and overstimulated in large groups or crowded, noisy environments can be sensory in nature as well.

In the meantime, offering the vibrating teether is a great idea. You can reinforce to him that when he feels a need to bite or chew that “this” is the one thing he can use, he may not bite people, other toys or objects. If you Google “Chewlery” you will come up with other products that kids can wear or bring to school to alleviate their need to bite/chew in a more socially acceptable way. You can also role play with stuffed toys with him what to do and how to effectively use his words instead of biting if he wants a toy or what to do in place of biting if he is upset that someone took his toy, etc.

Tamara GuoQ&A: Does My Toddler Have Sensory Processing Disorder Symptoms?07.24.2014